Roger Moody is an expert on mining and mining transnationals. He has spent years uncovering the facts about how mining companies operate. He edits the Mines and Communities website, which exposes the social, economic and environmental impacts of mining, particularly as they affect indigenous and traditional communities. 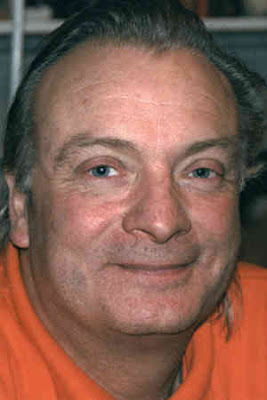 In Ecuador and India, we see indigenous communities mobilising powerfully to try and stop mining projects that they see as damaging to their way of life and belief systems. Is this part of a global trend? Have local communities become more active in recent years in the struggle to defend their territories?

RM: No question. When I started working with a global network of mining-affected communities with Minewatch back in 1990, we were working on around 30 major struggles a year. Part of the reason for this was that we didn’t know about isolated communities who hadn’t yet “internationalised” their experiences. That began to change between 1990 and 1995, as not only Minewatch but larger organisations (Amnesty, WWF, Human Rights Watch, and others) belatedly came to appreciate that mining was the big remaining global issue that they hadn’t yet effectively tackled. In 1996 the World Council of Churches held a conference on Indigenous Peoples and Mining, which 50 delegates attended. At a follow-up conference embracing the same aims, held in Manila in March 2009, 85 delegates attended – and there could have been many more. As editor of the Mines and Communities website, established in 2001, I now receive every day as many complaints from mining-affected communities as were being circulated every week a decade ago.

Vedanta is the company the Dongaria are fighting against. What do you know about Vedanta’s track record in other parts of the world?

Having examined the operations of numerous mining companies on a professional basis since the early 1990s, I’m often asked to name the “world’s worst”. Until 2007 I refused to do so. It is often the case that in some respects the big multinational miners are better than their smaller counterparts – especially in their relationships with some (I stress only some) local communities. They’ve finally learned how to win some of these on board, by banging the “sustainable development” drum and offering relatively generous impact benefit packages and access to infrastructure. On the other hand, the bigger the company, the worse the environmental damage they can do or threaten to do. For example, in a survey of tailings (mine waste) dam collapses included in my book Rocks and Hard Places, [1] the majority of the worst disasters were at mines operated by big US and European companies.

However, after Vedanta was listed on the London Stock Exchange in late 2003, I felt bound to examine this specific enterprise in more detail. Now I have no hesitation in describing it as the world’s most damaging mining company. It’s not just physical damage we’re talking about, but the entire armoury of deception – lies, breaches of faith and, above all, violations of regulations – to which the company has resorted over the past five years. While its conflict with the Dongaria Kondhs around its Nyamgiri bauxite project has seized the headlines (rightly so), I find that many people still aren’t aware of Vedanta’s egregious activities in other parts of India (in Tamil Nadu and Chhattisgarh, in particular) or its sullied record in Zambia and Armenia. In 2007, Anil Agarwal, the executive chair of Vedanta – who, with his family, holds some 54% of the company’s share capital – set about making it a “global force”. And that is what he’s been doing, acquiring control of Sesa Goa, India’s biggest iron ore exporter in 2007; and more recently buying into another iron ore producer in Brazil, taking a significant stake in Canada’s largest (and most polluting) zinc-lead miner, and just now, in May, announcing a new copper plant for the United Arab Emirates. Potentially the most threatening of its current plans is to take over Asarco, the USA’s third biggest copper-mining company, with the worst record for the country in this particular sector. Agarwal is a malevolent genius: Vedanta identifies run-down enterprises that can be acquired on the cheap and bring in quick profits, whatever corners have to be cut and regulations overridden. It’s this one aspect of Vedanta’s game plan which was exposed by the Norwegian government’s Council on Ethics last year, when, after concluding an intensive two-year investigation, it concluded that the company was intrinsically incapable of observing even basic rules of good practice, and that the government’s pension fund should disinvest from the company (which it did).

Mining companies always claim that they can mine without damaging diversity or local farming practices. Do they ever actually achieve this?

I’m not going to generalise. It took some years before those of us working to try to limit the industry’s depredations got some positive response from some individual mining companies. And we haven’t been entirely disappointed. For example, the world’s largest “natural resource” company, BHP Billiton, promised a few years ago never again to dump its waste into rivers or on the sea bottom – and so far it has kept to that promise. Rio Tinto, on the other hand – BHP Billiton’s major global rival – hasn’t undertaken to follow that lead. Arguably, however, Rio Tinto is more aware of the consequences of mining in primary forest areas, and has done a few deals with communities of which the latter approve. At root, we’re confronting an industry whose raison d’être is to go where the minerals are, whatever the consequences to current land and water usage, and to extract profit from irreplaceable resources. Nor do they actively promote recycling and reuse of mined metals, for that would threaten their fundamental mission. Judging from the unceasing flow of justifiable complaints that pass over my desk each day, it’s impossible to conclude that mining practices have substantially improved over the past two decades. Indeed some – such as those used in the expansion of open-pit mining for copper, nickel and gold – have demonstrably got worse.

It is too early to tell whether the communities in Ecuador and India will be successful. But are other communities managing to stop mining projects or to close them down? Can you give us some examples?

Yes they are, though it’s difficult at the present time to distinguish between projects put on hold because of the current lack of debt finance and those which have been abandoned, possibly indefinitely, because the companies know they’ll face continuing, possibly accelerating, resistance. In 2002, PriceWaterhouseCooper surveyed around 30 large mining companies, asking them if they’d been forced to abandon proposed projects because of external opposition – and if so, what type of opposition. The results were surprising: more than 20 had shelved proposals, and the most important factor was, indeed, community opposition. In the past year, BHP Billiton have abandoned some projects; Rio Tinto has sold off others. In most cases, we can’t claim that such proposals have definitely been ditched because the company has recognised the legitimacy of the criticisms; almost always they will cite “economic constraints” instead. We can be sure, however, and increasingly so, that the corporate risks posed by critics, and active resistance at ground level, are factored into company assessments of a project’s viabibility. We know this because the companies are telling us that it is the case.

Awareness is growing worldwide about the gravity of the climate crisis. Is this beginning to change public perceptions? Maybe the ‘development agenda’, where economic progress is valued before all else, is beginning to be challenged? Are people becoming more aware of the huge environmental and social cost of destructive development projects?

We’ve several steps to go before the contribution of mining to greenhouse gas emissions is widely recognised. It’s only been in the past couple of years that UK climate change activists seem to have finally recognised that coal burning is the single biggest culprit. Steel manufacturing comprises perhaps the second biggest contributor to adverse global warming (between 3% and 7%, depending on which figures you believe), with cement production running a close third. If you calculate (few have) the greenhouse gas emissions consequent on burning uranium (ridiculously touted as a “clean” fuel), then the use of mined minerals constitutes, collectively, the biggest climate villain (and that’s without adding in the contribution – which is certainly not negligible – of constructing new mines and power plants to run them). There is also as yet little recognition – certainly at a policy level – that the hopes invested in carbon capture and storage from existing and future coal-fired power plants are false.

The world is in the grip of contradictory trends. On the one hand, we have ever bigger corporations laying claim to larger and larger tracts of land for the industrial production of food and biofuels and for mining, and, on the other, we have increasing community resistance over local projects. What is needed to make resistance more effective?

For a start, largely northern-based NGOs should stop laying down prescriptions; both the analysis and implementation of self-chosen strategies by communities resisting “development” have shot well ahead of many of those offered by desk-bound pontiffs elsewhere. In fact, by challenging specific projects (whether it be a coal mine, a biofuels plantation or a wildlife reserve) these communities are transforming the way the rest of us ought to think about “development”. In my opinion we should leave them to their own devices, while always being ready to offer support when asked (such as trying to cut off investment in companies like Vedanta, which mostly derives from European and US banks). The problem in determining the best strategy is not one, in my experience, that besets communities “at the rock face”. The retrievable, experiential, history of resisting bad mines goes back several hundred years (especially in Latin America). Increasingly I feel that it’s those of us outside the field of battle who don’t know what to do.